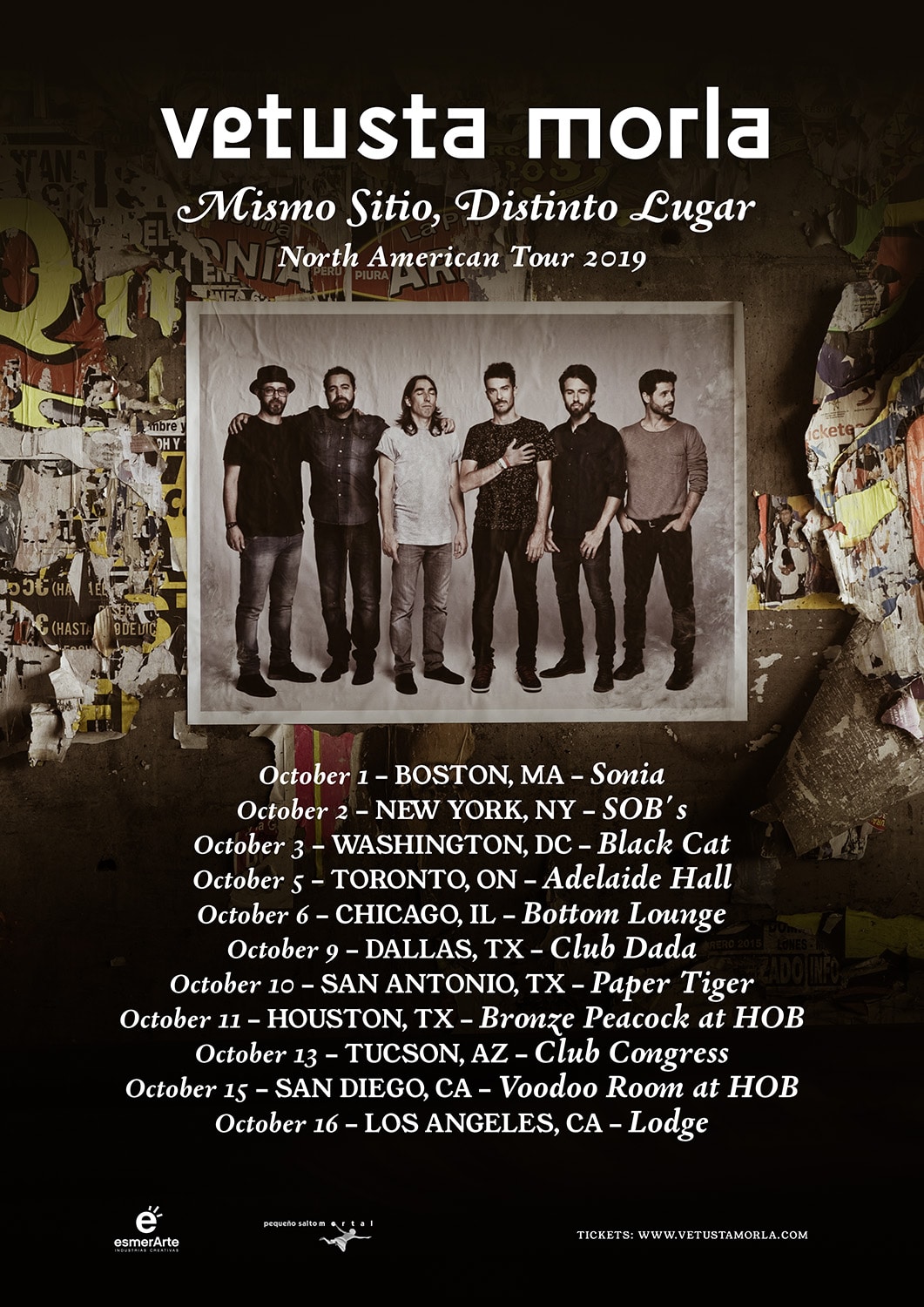 In this new leg of their international tour, the band will be playing at 1 Canadian and 10 U.S. cities. Specifically, the shows scheduled for October will be held in Boston, Washington, Toronto, Chicago, Dallas, San Antonio, Houston, Tucson, San Diego and New York, the latter already sold out.

The three-Latin Grammy nominated band for their latest album Mismo Sitio, Distinto Lugar will be playing for the first time at most of the cities that make up the tour. They first took their live show to the United States in New York, Chicago, Washington, Austin and Los Angeles in 2012.

With each new leg of the tour, they consolidate their place as one of the most important rock bands in the current scene in all the territories their music is landing big. So it has been proved by the legions of fans attending their shows and music publications such as the prestigious Billboard, which named Vetusta Morla “One of the top 10 Latin bands to follow». In addition, Vetusta Morla became the first Spanish band of their genre gathering a record of 38,000 people in a headline concert, the one held on June 23 in Madrid.

Vetusta Morla’s milestones and evolution are not limited exclusively to their latest album, but have gradually developed with every tour and album release, thus proving they are not a «one hit» band. So it has happened with their songs which have become –since they released their first album, Un día en el mundo— generation anthems and have inspired artists from other disciplines. Recently the song ‘La Deriva’, from the album of the same name, has been featured on ‘Money Heist’ third season soundtrack. In the last episode, with the same title as Vetusta Morla’s song, the actress Úrsula Corberó, in her role as «Tokyo,» stars in a scene where she dances the song ‘La Deriva’. Also, one song from «Mapas» is featured on Netfix’s «Elite» new season (available Friday 6th).

More information and tickets at  https://www.vetustamorla.com/gira/